The next Rose Garden Supper Club event is scheduled for Saturday, April 17th.

If you are interested in this outdoor dining experience, please contact Tony Schieffer at 760-393-7298 or email tonyschieffer@empirepolo.com. 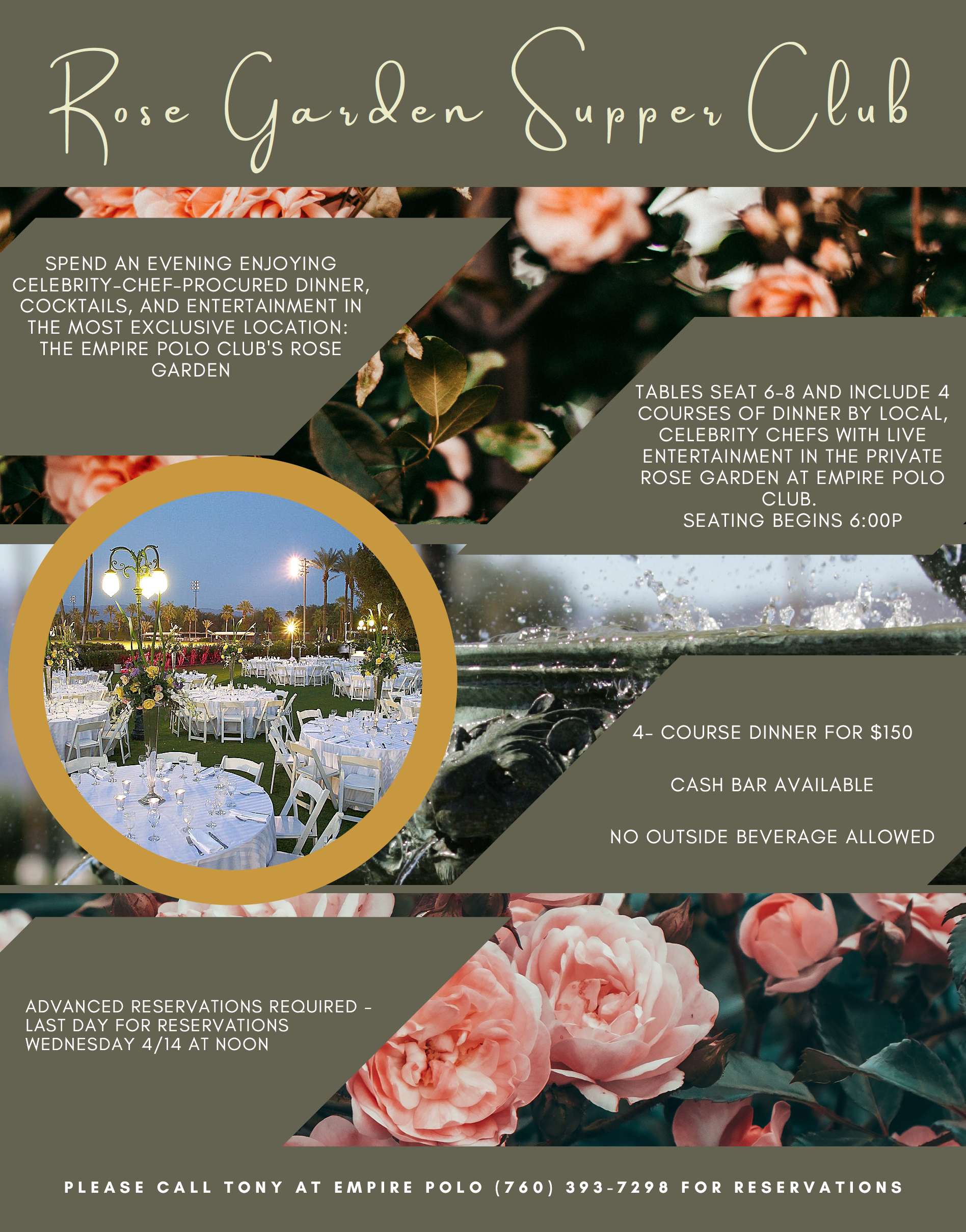 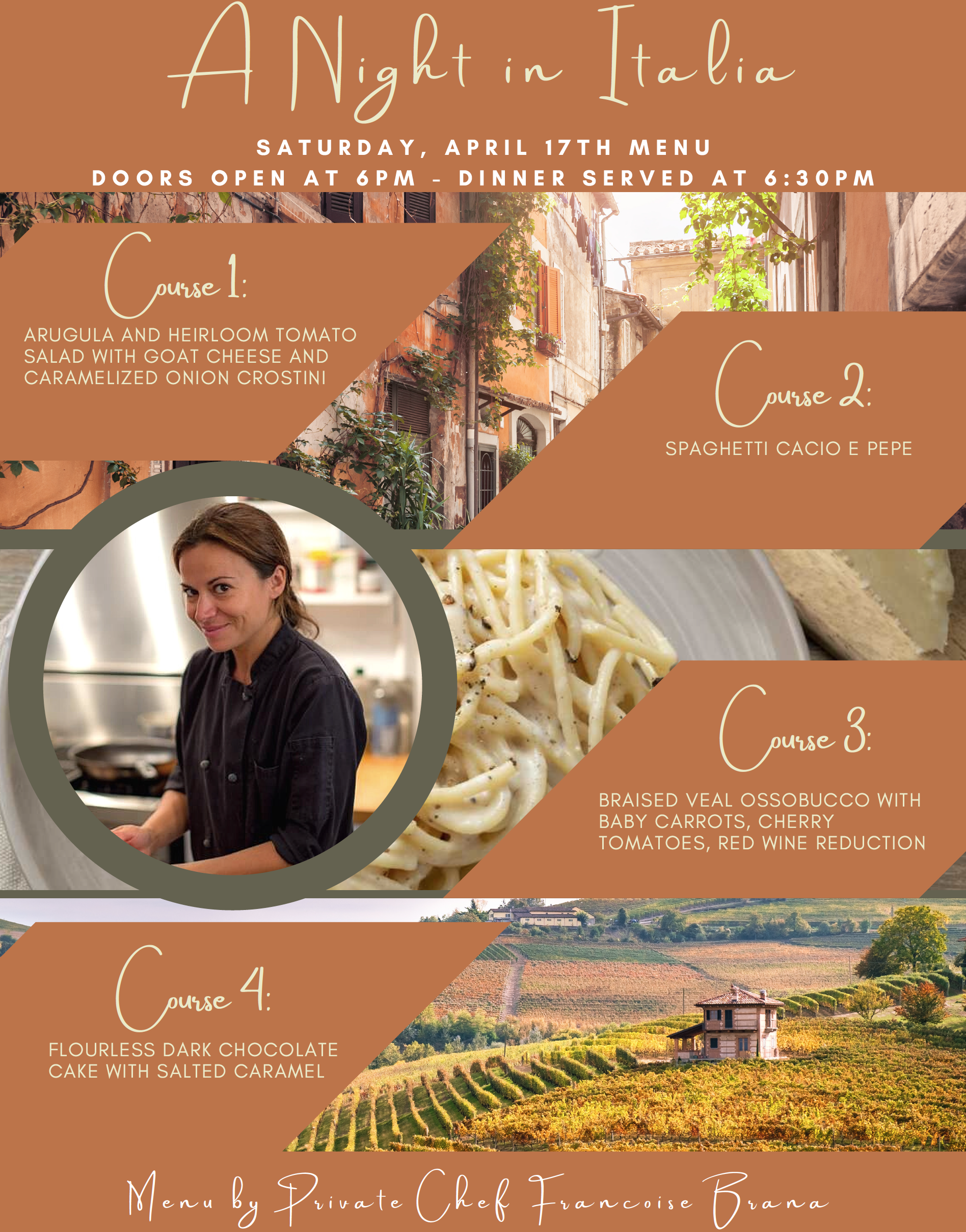 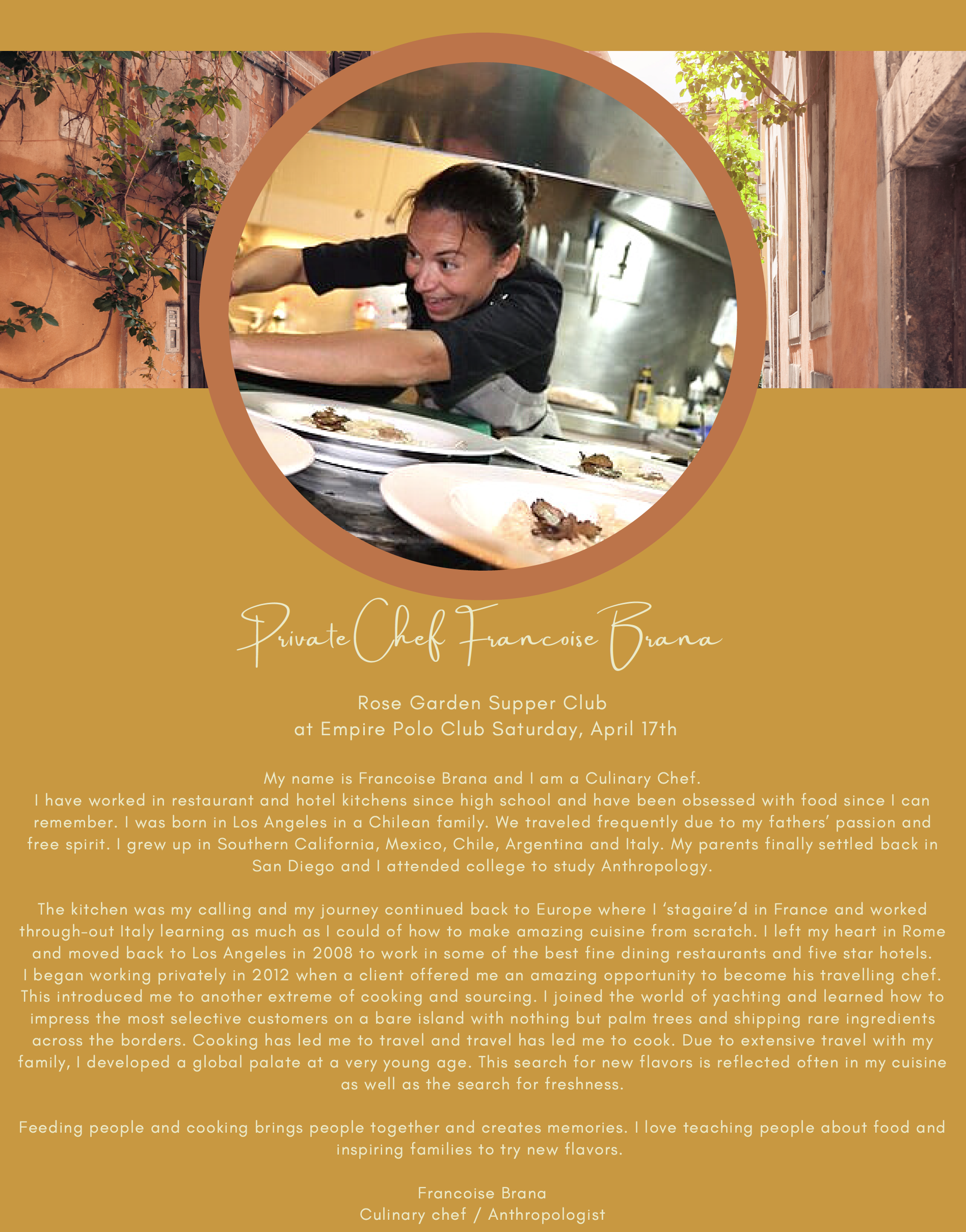 Empire Polo Club would like to thank all of the players and teams for participating in our 2021 Winter Polo Season. We hope you join us again next year!

Hanalei Bay defeated La Fortuna/Blazers 9-4  in the finals of the 4-Goal USPA Gen. George Patton Jr. Cup on Sunday, Feb. 21st, 2021.  Hanalei Bay took home $5500 in prize money along with bronze trophies depicting Gen. George Patton Jr. on a polo pony, created by artist Rich Roenisch.  The prize money was sponsored by the USPA and Patton Legacy Sports Empire Polo Club would like to thank the USPA and Patton Legacy Sports for their generous support of this tournament. 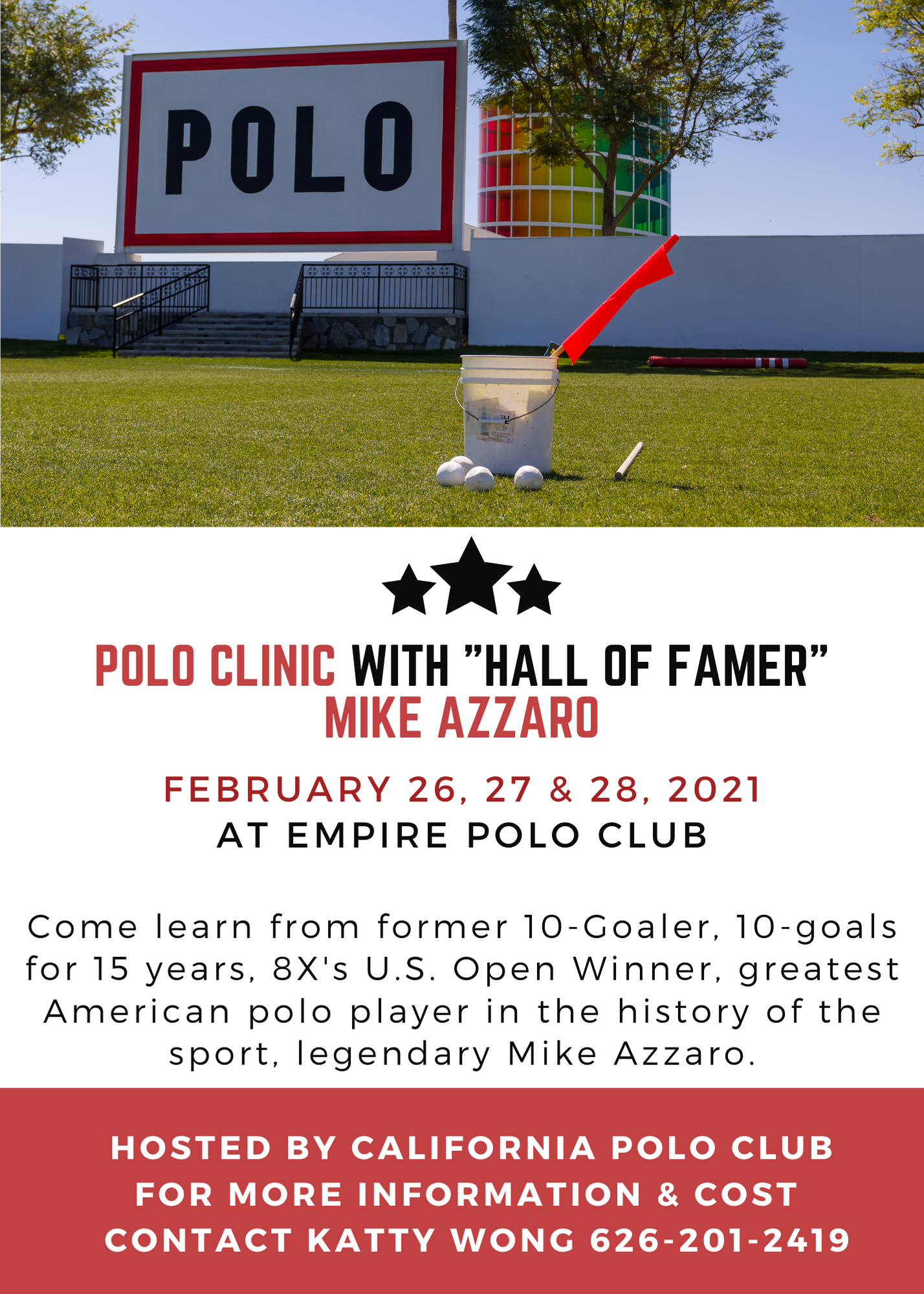