We all know how wonderful playing polo in The Desert is during the winter months, but can a person play polo in The Desert during the heat of the summer? Not a problem for the children who attended Empire’s Summer Camp during the month of June. Camp hours for the kids were scheduled to match the outdoor conditions. We started each day with early morning playing instruction, followed by a long afternoon “get out of the sun” break and continued in the evening playing under the arena lights. Having lots of water and ice with cold neck wraps to keep kids cool and hydrated, our players hardly felt the heat. It was a concentrated four and a half days of polo playing fun.

This year’s Empire summer camp was dedicated to introducing three brand new players to the sport of polo: Eva and Brock Rubin each 6, and Brandan Auld, 14, from Washington State. Our goals were to help each new player understand the basics of the game (man-line-ball; the right of way), be a competent rider on a polo horse, know how to use the mallet in a forehand/backhand swing, and hit the ball at a trot/slow canter, over a four and a half day period.

Taking on that job was Empire’s “PoloChella” Interscholastic girls, Elise Pardue, Alyssa Garcia, Ella Bonilla and Clair Jenkins (under the direction of Connie Atkinson). Using the method of kids-teaching-kids, the camp participants received a concentrated, one on one, learning experience. During our morning and evening session, these new players would work individually with one of the young teachers at their side, perfecting their riding and hitting skills through a variety of games and activities. The results were amazing. All the players were able to quickly build upon their polo playing in a short amount of time. Once they were able to play arena polo with confidence, the Empire group moved onto the grass fields allowing players to experience both types of polo.

By the final day of Empire’s polo camp, each player was put on a Camp Tournament team, using our young Empire instructors as their pros. For the purpose of this tournament, only students were allowed to score. Alyssa Garcia was the umpire. The final score was Empire Yellow Jackets, 3 and Empire Red Rockets, 2. MVP went to Brandan Auld. 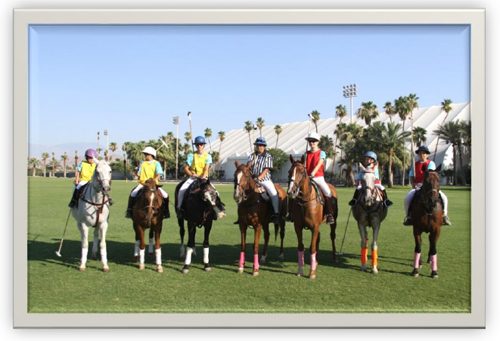 Empire’s summer camp was a huge success as witnessed by the outstanding improvement made by each of these young players during the course of the camp. It says it all when parents comment that their children are having so much fun that they can’t wait to get back to the barn to get their horse and play polo. We had a great time, both peer polo instructors and polo students. Sometimes June can be very hot locally, but by the time it got too warm, the horses were put away, fed and watered, and the rest of us went to sit in an air conditioned restaurant to talk about our polo exploits. 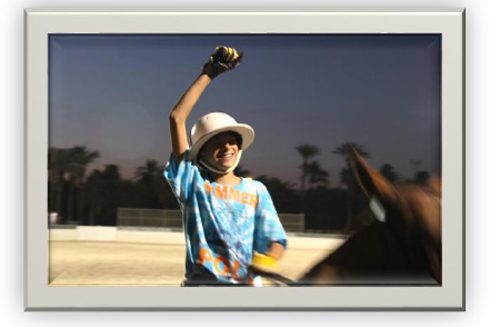