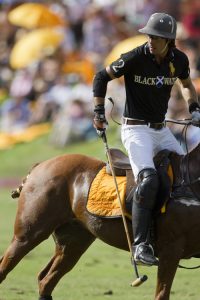 Nacho Figueras may be best known internationally as the face of Ralph Lauren’s Black Watch collection and World of Polo fragrances. According to Conan O’Brien, “he’s one of the ‘greatest polo players in the world.” Oprah Winfrey calls him “one of the most handsome men in the world” while Lara Logan of 60 Minutes describes him as “the game’s greatest ambassador.”

“The success I have had with Ralph Lauren has given me more fame and publicity than polo has,” Figueras confesses. “So I am trying to use that publicity as a platform from which to promote the game I love so much, to make it more accessible to the general public,” he says, smiling.

Nacho’s participation in the Polo d’Elegance event supports his efforts to spread and popularize the game of polo and combines with his ongoing donation of time in support of charitable causes — two great reasons to show up at the Empire Polo Club on March 23rd.

The Polo d’Elegance Charity Event is the coordinated effort of Empire Polo Club and Nacho Figueras.  A portion of the proceeds will benefit the Boys and Girls Club of Coachella Valley.

From I-10 take the Monroe St. exit and head south on Monroe St.  Turn right on Avenue 50.  The entrance for Polo d’Elegance will be the Empire Polo Club middle gate on Avenue 50. Follow the parking signs. 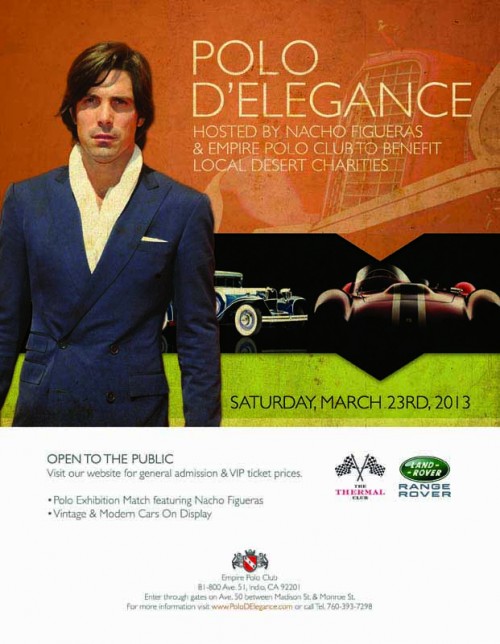