You are here: Home / Archives for polo tournament 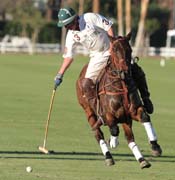 Join us for a fun weekend of polo at Empire Polo Club.  This weekend is the first tournament in our Pre-Season Schedule.  Our Pre-Season Tournaments run Nov. 13th – Dec. 19th, 2010.  Our main season starts in January with our Opening Day scheduled for Jan. 9th, 2011.

The Open House Polo Tournament starts this weekend, Nov. 13th – 14th.   The games start on Saturday at 10:30 AM  and Sunday games start at 10:00 AM.  On Sunday we will have a special Sunday Polo Event with featured matches at 12:00 PM and 2:00 PM.  Click here for more details. General admission is free to all of the polo games throughout the season.  Everyone is invited to attend the polo matches.