The 2015 National Hockey Festival, presented by CranBarry, is the largest event of its kind in the world that brings together field hockey enthusiasts across multiple divisions ranging from Under 14 to mixed adult to men all to celebrate the sport. Taking place at the Empire Polo Club in Palm Springs, Calif. for the second year in a row, the annual Thanksgiving weekend tournament will run from Thursday, November 26 to Sunday, November 29.

“We are delighted to be hosting the 2015 National Hockey Festival at the prestigious Empire Polo Club in Palm Springs,” said Simon Hoskins, USA Field Hockey Executive Director. “We have 3,000 plus families from across the U.S. thrilled to be spending their Thanksgiving weekend in the Palm Springs community.” 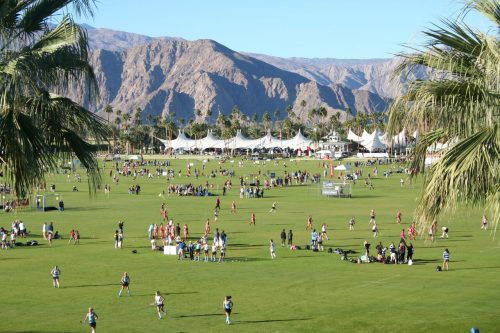 The National Hockey Festival is a beloved tradition that brings people throughout the country together to make memories on and off the field during the holiday weekend. With a rich tradition of history, the tournament gathers more than 6,000 athletes, umpires, recruiting college coaches, families and friends for a showcase of talent, skill and fierce competition.

With only a little more than a month until the event, USA Field Hockey is thrilled to reveal that 147 teams from more than 93 different club teams in the United States and Canada will compete at the prestigious tournament for the earned right to call themselves champion of their pool at the conclusion of the National Hockey Festival.
For more information regarding the 2015 National Hockey Festival, check out the event page.
http://www.teamusa.org/USA-Field-Hockey/EVENTS/2015/November/26/National-Field-Hockey-Festival