You are here: Home / Club News / How to watch polo 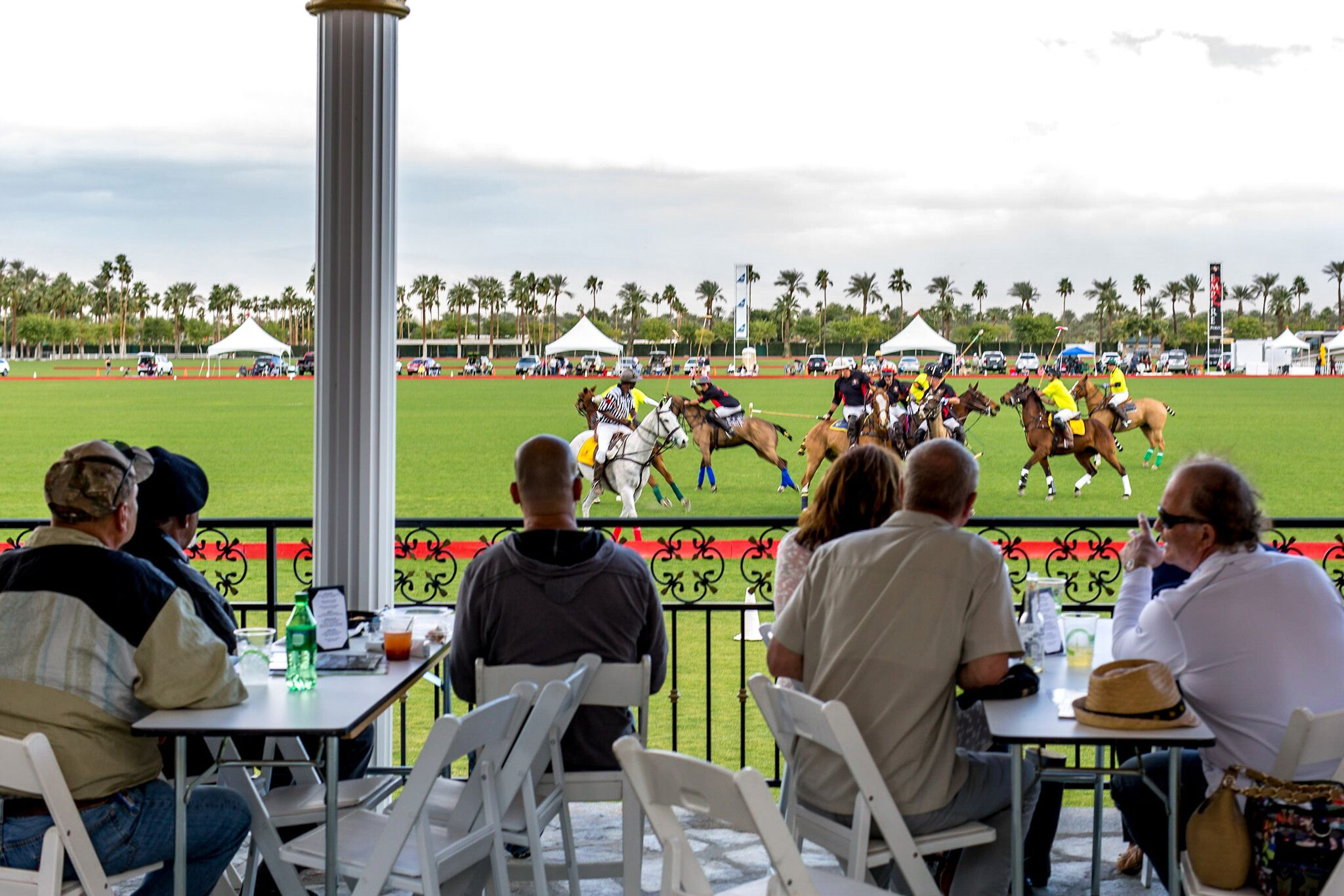 With the popular resurgence of polo it is a common occurrence for someone to say, “I’d really like to see a polo match, but I have no idea what to do.”

Getting yourself together for an afternoon of polo is no more difficult than going to a baseball game. Both sports require a minimum amount of planning, with much of the organizational responsibilities being assumed by the particular club you are visiting.

The events are being presented for public viewing, everyone is invited, and spectators are encouraged to attend, and even cheer for the competition. A great deal of advertising is prepared every year to assist area sports fans in finding their way to the matches, and every effort is made to assist the general public when they do arrive.

Initially, it is a good idea to call the club to find out who is playing. All levels of polo are jam packed with action, however, and are always fun to watch.

It is also a good idea to find out whether the match you will be attending will be played on a field equipped with grandstands, box seating or just fieldside parking. That way you if you need to, you can drag along a couple of beach chairs to make yourself more comfortable.

The time of the match is also important. You should allow plenty of time to arrive and get situated, as there may be a slight traffic slow-down at the entrance just before the start of the action. If you want to get a look at the horses or players, you should plan on arriving nearly an hour early, since as the game time nears, they will all be quite busy preparing for play. Finally, learn the basics of the game, and don’t be afraid to ask. Getting a basic understanding of the game and being able to identify many of the players will make the game more enjoyable and easier to follow.

Here’s what you’ll need to know to become a polo spectator without sounding like a novice:

Question: What if someone asks to borrow a bottle of champagne or a horse?

Answer: Don’t worry. These guys bring their own horses, and chances are you’ll see more of the players drinking more Gatorade than champagne. If you think that everyone should be drinking champagne, you are probably suffering from what is known as “Prince Charles Syndrome.”

Question: How big is the field?

Answer: The polo field is approximately 300-yards long and 160-yards wide. It is boarded on the sides by 12-inch sideboards that run the length of the field and serve to keep the rapidly moving ball in play. If you arrive at the field to see eight players out there chasing a ball, you’re late. But it’s okay; there are more chukkers (periods of seven-and-a-half minutes each) to see. As you watch the eight riders you might remark to yourself, “Hey, this is nothing but hockey on horseback.” You’re right, sort of. The point is to knock the ball through the other guy’s goalposts. You’ll even see a polo version of the cross-body check, it’s called a bump or a ride-off, and the strategic purpose is the same; take your opponent out of play.

Question: How do you score?

Answer: Scoring is accomplished by putting the ball through the goalposts (centered on the endlines, eight-yards apart). You might find it a bit confusing when you see that the teams change directions after each goal is scored. The practice is meant to keep either team from taking advantage of wind or field conditions. There are four periods in a polo game, seven minutes each, plus a 30-second overtime.

Question: Where are the goalies?

Answer: There are no goalies. But there are goal judges who stand behind the goal and raise a flag every time a goal is scored.

Answer: Most comments emanating from the polo field are self -explanatory. For example, “Leave it” is usually uttered by a player who wants his teammate to ride past the ball and leave it-because the former thinks he has a better play. But on the sidelines, you are likely to encounter the occasional puzzler particularly if you’re not the horsey type. For instance, a “green” pony is simply a horse new to the game of polo, a rookie, if you will.

What you say is up to you, but there are a few simple phrases that will make you sound like a true patron of the game. No matter what’s happening on the field, you can say: “The pace is a bit choppy”, with just the right touch of impatience in your voice. This is an impeccable and unchallengeable comment. The pace is always choppy in polo.