You are here: Home / Club News / Check out our 2012 rates: Half the price of our competition

Empire has been busy working in preparation for the upcoming 2011-2012 winter polo season.  They have added new facilities, made improvements and reduced their winter playing fees for the 2012 polo season.

Empire Polo has slashed its monthly league fees to help players and teams participate in polo this coming winter as the economy continues to put a strain on polo budgets. 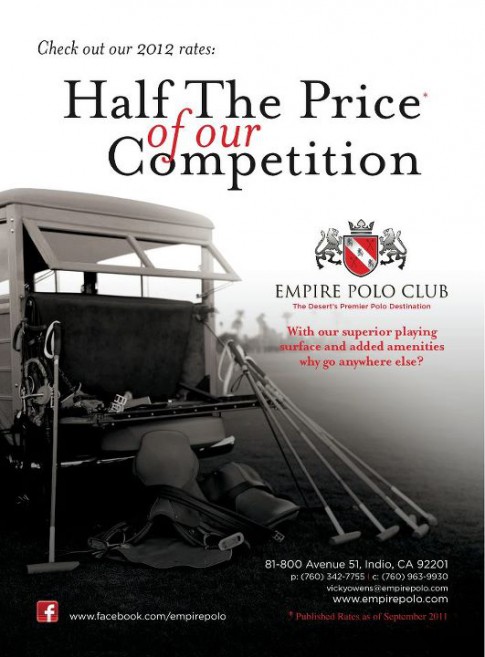