You are here: Home / Club News / Recap of the Youth Summer Day Camp

Many polo players would agree that there is no better polo destination west of the Mississippi than Empire Polo Club during the winter season. Beautiful fields, sunshine and palm trees abound when the rest of the world is shivering with cold. What most people don’t know is that Empire Polo Club hosts an annual Summer Polo Camp for kids run by Connie Atkinson. 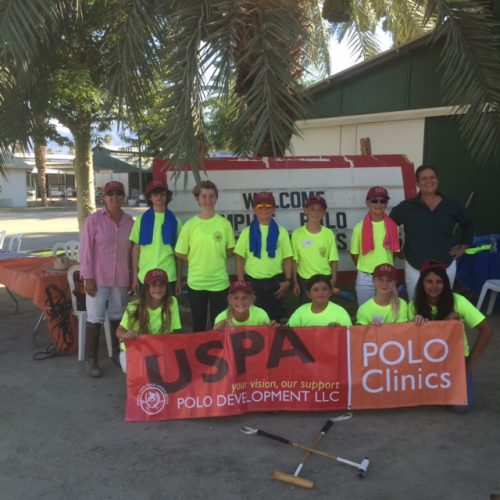 Ten young players participated in the camp which ran from June 16th-20th, 2015. Four of the ten camp participants came from the coastal region of California. The other students were from Coachella Valley. 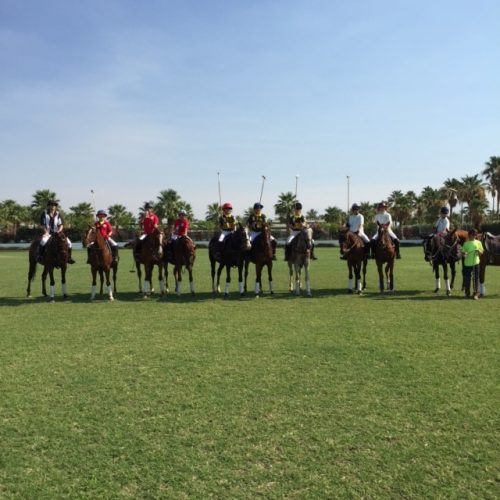 Robin Sanchez, a representative from the United States Polo Association (USPA) flew in from Texas to help educate the young players on the latest rules and strategies. Our objective was to create junior players ready to participate in the USPA Middle School Interscholastic Program in the fall. She led the children in a daily series of riding drills, hitting lessons and polo strategy sessions. 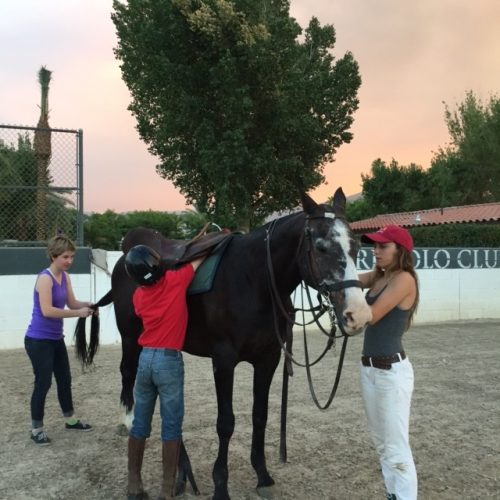 “Man, man, man,” said Robin as she emphasized the importance of marking a player as part of their defensive strategy. After their morning riding session, the players sat in the shade of the barn isle for late morning chalk talk. The players learned about fouls and penalties. Most importantly, they all learned how to become a team player and work as a team in a polo game.

The class sessions were staggered to avoid the hottest parts of the day. The kids rode on the grass fields in the cooler morning hours and then played under the lights of the arena in the evenings. They put what they learned to the test in daily scrimmage games. The Summer Camp participants enjoyed the best of both worlds (grass and arena) and they could not have been more enthusiastic. 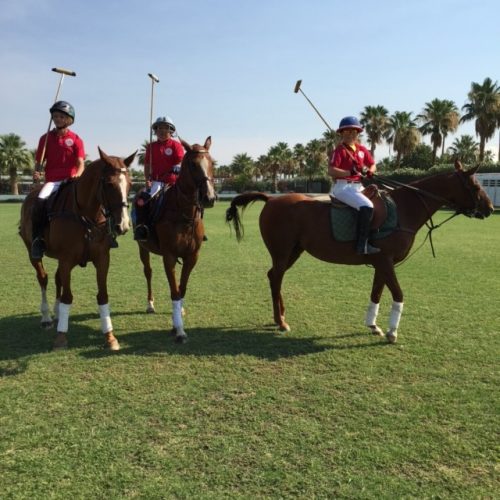 When the parents dropped off their children each morning at the barn, they commented on how their kids were counting the minutes before returning to their teammates and horses. These kids, with their positive attitudes, became totally dedicated to learning everything about horses and polo. It was a special experience for all of us who participated in the camp. No doubt about it, playing polo in the desert is fun, no matter what time of the year. 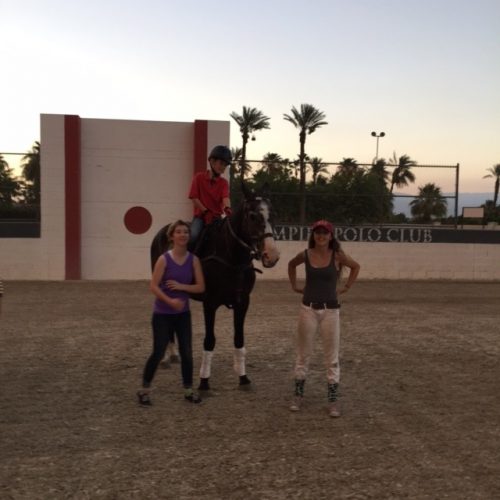